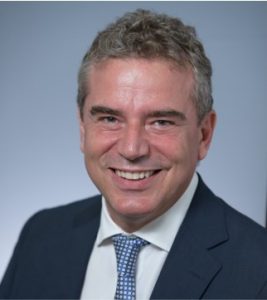 Dr. Rasperini is Associate Professor of Dentistry and Periodontology at the Department of Biomedical, Surgical and Dental Sciences, University of Milan, Milan, Italy.

Adjunct Clinical Associate Professor at the Department of Periodontics and Oral Medicine at the School of Dentistry, University of Michigan MI USA.

Dr. Rasperini is member of the Editorial Board of the International Journal of Periodontics & Restorative Dentistry and is ad hoc reviewer in the editorial boards of multiple journals.

He has published and lectured extensively in the fields of Periodontology and Implantology, Regenerative Medicine, Surgical techniques for periodontal and peri-implant reconstruction.

In 2017, he founded the iPerio Education Center in Piacenza, Italy, with Dr. Giorgio Pagni and Dr. Raffaele Acunzo, were they teach their philosophy of treatment and concepts of the modern dentistry.