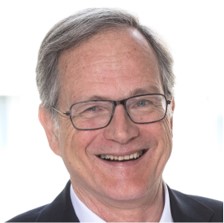 Andrea Mombelli graduated from the University of Bern School of Dental Medicine and completed his post-graduate studies reaching the status of Private Docent in 1992. He has a Swiss Federal diploma in dentistry (D.D.S.), a Doctorate in dentistry (Dr. med. dent.) and is a Swiss board-certified periodontist.

Andrea Mombelli was professor and director of the Division of Periodontology at the Clinic of Dental Medicine of the University of Geneva, Switzerland (1999-2019). From 2001 to 2005 he served as president of the Dental Section of the Faculty of Medicine, and from 2005 to 2011 he was associate vice-dean of the Faculty of Medicine. Earlier he held the position of Head of the Laboratory for Oral Microbiology at the School of Dental Medicine of the University of Bern, Switzerland (1992-1999). He is former president of the Swiss Society of Periodontology (1992-1996 and 2004-2008).

He and his colleagues have been pioneers in studies on the diagnosis, etiology and therapy of peri-implantitis. He has conducted multiple clinical trials evaluating antimicrobial protocols to optimize the treatment of periodontal and peri-implant diseases.